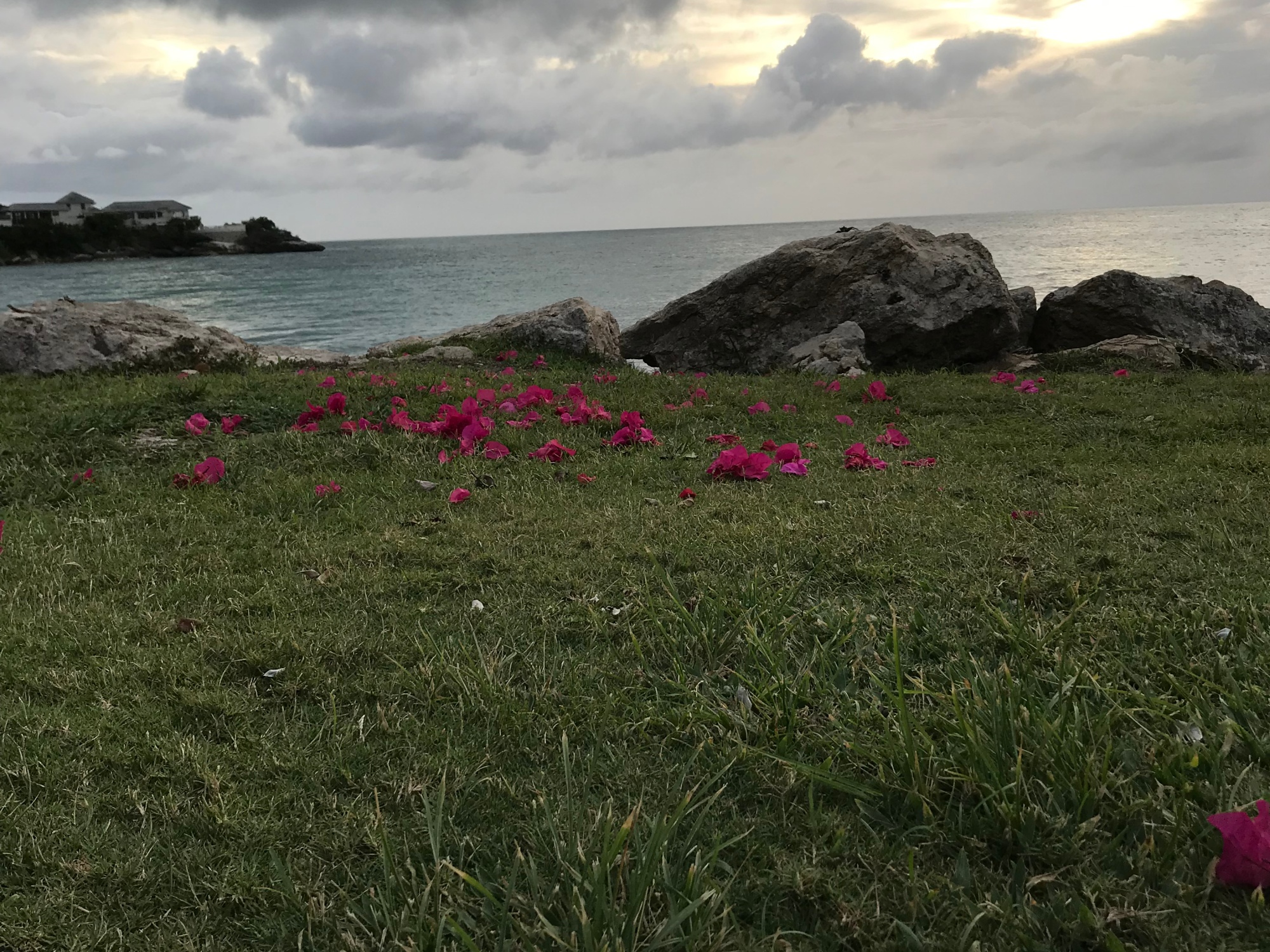 I’ve been teaching in some way for almost twenty years now. The first time I taught a class of human beings, I was 13.

My youngest student must have been 4. My oldest—in her 60s. My most challenging — my mother in my Arabic class.

In all those formative years of middle and high school, later college and graduate school, and now as a professor, I learned that the best way to learn is to teach. You hone your communication skills. You learn how to better speak and explain a concept or subject or language for different audiences. You learn to better assess and understand the needs of your audience and how to better meet them where they are.

And by doing so, you learn how to better understand and explain a subject to yourself.

My students teach me new and varied ways of thinking about an idea, a work, or a book that I may have read and about which I’ve heard expert lectures many times before. They come in with their own set of experiences and knowledge, and they are constant reminders that I will never be able to see and understand all sides, dimensions, perspectives of a thing without the help, minds, and set of eyes — literal or figurative — of others around me.

My students have also taught me how and why an idea is resisted, indigestible, untenable, oppressive, in service of a particular set of people.

Chris Lopez was that student for me.

The first grade I gave Chris early last fall of 2018 in Literature Humanities is a D. I wrote on his paper and told him when I handed it back, Come see me during office hours. Let’s talk about this further.

He did not falter. There was no pride hurt. He responded immediately, Definitely.

And he came. He listened. He worked harder.

The final paper he wrote for the fall semester was one of the best papers I received on Plato’s Symposium — in all my classes. He was interested in the structure of the work, what the interruptions and pauses meant and did dramatically for the movement of the discussion, and he argued that the structure of the symposium was more important than the subject of debate—love.

None of my students have ever argued that particular point in the manner that Chris did. I could see he was a creative thinker, and I hope I told him that.

I learned from Chris, toward the end of the fall, that he wanted to major in creative writing. During each class trip to see a play, either The Thanksgiving Play or Ain’t Too Proud, he came and found me before or after the show and wanted to talk about the play, or poetry, or writing, or life.

After The Thanksgiving Play, I took the students to a Mexican restaurant not too far from the theatre. I learned as we waited in line that Chris was a vegan and had ordered from the same place previously so I took his vegetarian recommendations. I figured as a man of color, he would appreciate my need for the right amount seasoning.

On our way to Ain’t Too Proud, Chris mentioned his poetry and his wanting to write more and share with the world. I told him about the Iraq Veterans Against the War Open Mic events. He had never heard about them before and was really happy and excited to learn about them.

I remember on our trip back uptown, in the train, when we were talking more about poetry, I said to the students, Oh, did you know I write poetry?

And I pulled out my phone, went to my instagram account, and shared a poem I wrote entitled “Ode to My Indonesian BBQ Lunch Special.”

Chris did the requisite poetry café snaps, right on cue. He got what I was doing with my faux deepness about barbecue chicken.

I would be lying if I said I was not surprised by his decision. I was not easy on him.

Not only did he stay, but apparently he began to look up my artistic work and found recordings of shows I wrote and performed. One day, he told me he wanted to talk more about Hijabi Monologues and that my performance of the monologue “Light on my Face” made him cry.

He came back the next semester asking if I could be his mentor. I told him because I’m a post-doc, I couldn’t take advisees, but I would think about it and offered to help him find someone.

I would be lying if that didn’t make me sad or feel guilty.

I would be lying if I said I did not find validation and affirmation of my own work in him “seeing” me. I was surprised he thought I was good enough to be a good mentor in creative writing.

I’d like to thank you again for allowing me to work around my absences and complete the semester. Your understanding and generosity are truly appreciated! I’ve attached my essay.

I also want to thank you for two semesters of a wonderful, extremely enjoyable class. I’d very much like to keep in touch, especially to discuss playwriting!

When a student reached out to me worried that we might have lost Chris, my first thought was to reach out to him and ask if he had found a creative writing mentor. The last email I sent Chris was at 1:15 AM on September 10. I wrote—

I hope you have been well.

I know last year, you mentioned you were hoping to find someone to mentor you in creative writing. Were you able to connect with anyone on campus, especially at the School of the Arts?

We’re not supposed to say we have favorites but we do.

Chris was a military vet. Chris also expressed multiple times that he was anti-war, anti-military industrial complex. Chris was a feminist in progress. Chris was a LGBTQ+ ally. Chris went from D papers to A papers. Chris asked me to be his mentor. Chris changed his major from Economics to Creative Writing. Chris wanted to be a poet.

His friend sent me one of his last works. I listened to it a few times. It’s heavy.

I have a lot of questions. I’m sure you do, too.

The same week I learned we lost Chris, I signed up for a self-defense class. I kicked and punched a dummy many times over the last few weeks.

And I’m so very grateful for the people who have been and are there for me.

I’ve had failures and successes as a teacher. I’ve learned and grown from each experience. I welcome new experiences. There’s just some moments I’ve never wanted, but as a teacher, I knew they would come.

And I know we are in a moment, culturally, in which we are asked and we ask ourselves — when do we politicize someone’s loss? When is the right time?

According to research published by the US Centers for Disease Control and Prevention’s National Center for Health Statistics, America’s suicide rates are at the highest level since World War II. In April 2019, The New York Times reported that there are approximately 20 suicide deaths every day among veterans, about one and a half times more often than those who have not served in the military, according to the most recent statistics available from the Department of Veterans Affairs.

Our forever wars are killing us.

In June 2019, The Nation reported that “the suicide count was nearly seven times greater than the number of American soldiers killed in the Afghanistan and Iraq wars between 2001 and 2018… a suicide occurs in the United States roughly once every 12 minutes…We’re talking about a national epidemic of self-inflicted deaths.”

So. I don’t know who needs to hear this but—You are not alone. Help is always available.

The first step is knowing where to look and/or who to ask.

If you or someone you know are in crisis, please call the National Suicide Prevention Lifeline at 1-800-273-TALK (8255) or contact the Crisis Text Line by texting TALK to 741741. The Lifeline provides 24/7 free and confidential support for people in distress, prevention and crisis resources for you or your loved ones, and best practices for professionals.

If you can’t do it yourself, reach out to me. I’ll make the phone call.

Like I said, I learn from my students. The brave student who reached out to me about Chris the night of September 9, 2019 taught me that I have the power to do that.

I wish you all the very best this week has to offer.

And as a Muslim, I’d like to conclude with — Inna lillahi wa inna ilayhi raji’un (To God we belong, and to God is our return.)