But peace destroy’d what war could never blight,
And laid those proud roofs bare to summer’s rain —
On which the iron shower for years had pour’d
In vain.
– Lord Byron
Overwhelmed by the animated chatter and networking buzz floating above and around her, expanding and contracting in rhythmic waves of excitement and hushed silences, the Writer quickly scanned the ballroom. She soon found two empty seats which she could comfortably occupy with her partner and eat dinner, retreating into the quiet world she imagined only they occupied between the edges of their two plates and the rims of their two glasses of ice cold water. Reflecting on their good luck, the couple proceeded to enjoy the generosity of their meal.
When the crowd began to peter out to a far corner, an elegantly dressed young woman in a carefully selected ensemble of statement accessories approached them.
“I wanted to introduce myself. I’m familiar with your work and have heard much about it.”
She introduced herself as a local artist and expressed a shared appreciation for a novel the Writer had mentioned during her talk. Intrigued at the possibility of discussing a novel she loved, the Writer asked the stranger to pull up a chair. Between introductions, her partner motioned that he was going to survey the dessert table.

Not adept in small talk, the Writer expressed plainly and passionately her appreciation of the novelist’s bold depiction and celebration of his fictional saints considered fallen women within the world he crafted. It pleased her to find a novel that resonated with her so deeply.

She was, after all, constantly considering the impact of her own craft on her audiences.

The artist looked at the Writer, smiled slightly and then asked. “Yes, yes. That’s wonderful, but…don’t you believe certain stories are simply inappropriate to share? You’ve said yourself just because other Muslims might have written about certain things does not mean we should follow suit. I mean,” she leaned in, “Don’t you think it’s wrong to celebrate stories of sin?”
The Writer wondered if this artist was in fact asking her a question or making a statement–because she was familiar with both the question and the statement. Before she could understand the impact of the conversation’s tone on her emotions, the Writer instinctively tucked in the passion she prematurely laid bare. Examining her interlocutor’s face continuing to comment on something or the other, the Writer quietly noted, “It’s not a ‘celebration of sin’ to create an avenue of empathy when confronting reality.”
The artist suddenly noted the time and that it was a pleasure to meet and walked toward the crowd to rejoin the din of chatter.

The Writer’s partner returned with two bowls of rice pudding. Unsure of what had transpired, she was quite sure that she was agitated by an exhausting sentiment that lingered after what felt like a tiresome game — but of what?

She again retreated into the world she imagined that only they occupied — this time between the edges of their two bowls and half-emptied glasses of melted ice water.

Intrigued by the title of a YouTube video, the Writer pressed play to give it a three-minute opportunity to move her. As the camera widened its field of view, the small screen on her laptop displayed the faces of a large audience and several speakers. The clip cut to one speaker passionately encouraging her audience to not hold back in their creative endeavors for fears of moral policing and uncharitable judgment.  The camera zoomed in closer and suddenly, the face became familiar.

It was the face of the artist the Writer had encountered that night several months ago who had stated, in the form of a rhetorical question, “Don’t you think it’s wrong to celebrate stories of sin?”

Relief washing over her, she could now identify that tiresome game.  The Writer had met an expert hustler. 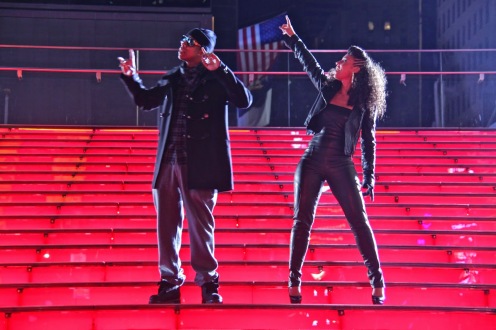