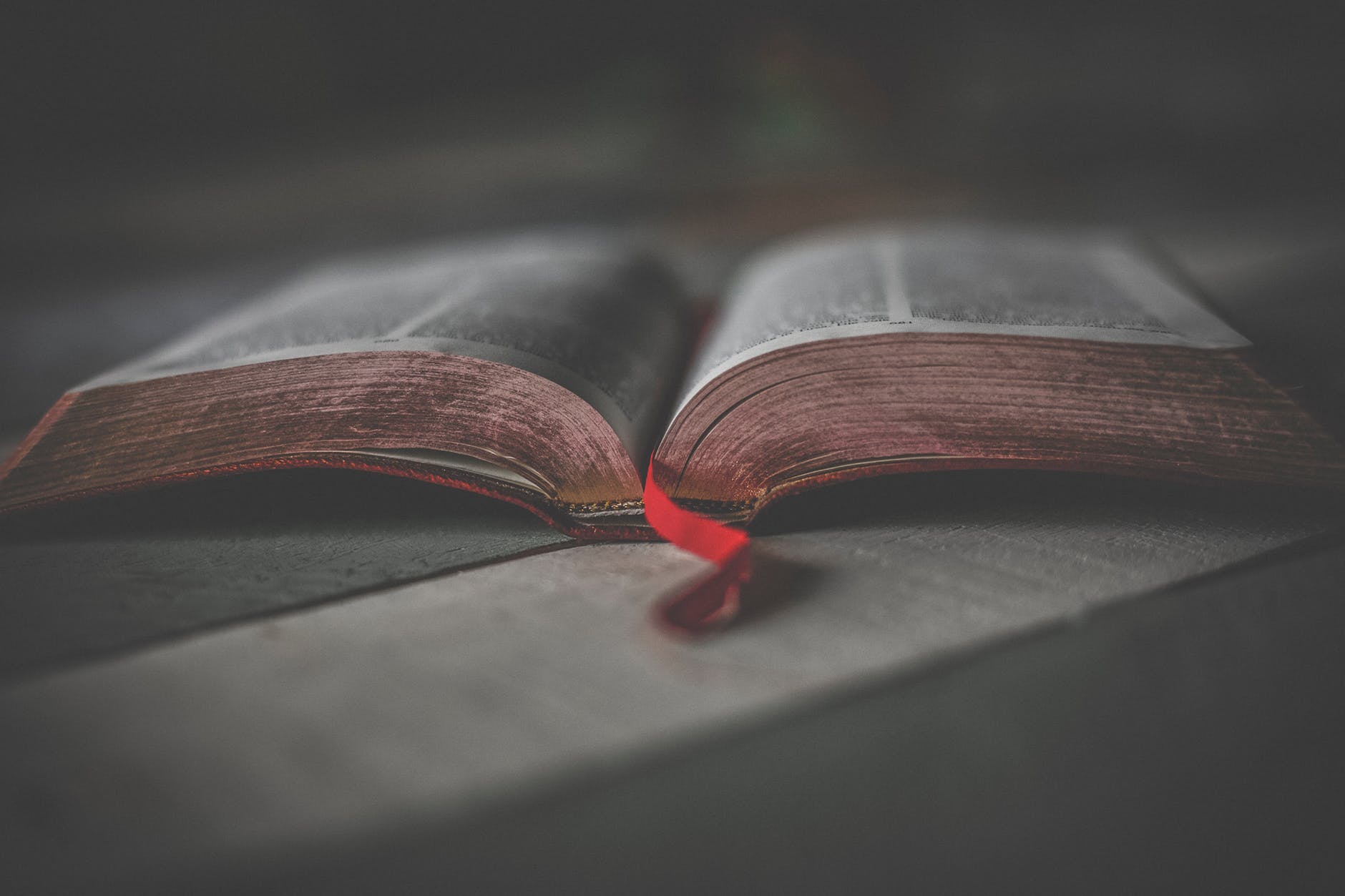 We completed our discussion of Genesis last week.

For the first day, I began each class (I teach two sections of Literature Humanities) asking – Even if we have never read the text before and even if we do not come from faith traditions attached to the text as scripture, what are the ideas we know from popular culture that we associate with the word “bible?” After I wrote on the board ten ideas offered by the students – including faith, homophobia, morality, political agendas, prophets, and traditions (interestingly, neither class said “religion”) – we closely read the creation story of Genesis 1-3.

It was probably the best discussion I have had so far on the text.

One of the most exciting moments – for me – occurred when students in one section felt comfortable enough to make visible and identify their faith or ideological tradition that informed their reading of the text. It began when one student said, “When I was a kid, I learned from my Rabbi that,” and then she paused and interrupted herself, “Well maybe it’s not relevant.” She looked for someone else to speak. There was a beat between her interrupting herself and before the discussion could continue. So I told the class that it is absolutely relevant because how we read a text and the interpretations we land on are not only informed by our experiences of time and place but – as we witness – they also lead to and reify entirely different religions, denominations, sects.  When I told her I appreciate her specifying the place where her reading of the text is coming from, she completed her thought.

And then throughout our discussion, one student offered, “I grew up Catholic, and this part of the text is understood to mean…but I think…” and another responded “In my Baptist church, this story represents…and was used to argue that…” and another, “I am an atheist. So considering how I understand the definition of God – as omnipotent, omniscient – I find this passage strange and confusing because…”

I saw that as a sign that the students trusted me, and I see that as an amanah – a trust for safekeeping.

And we never left the text. Their comments were related to the use of first person plural pronouns in the speech of God, the character of Eve and her interaction with the serpent, the act of naming things.

By locating and making transparent their position in the world in which the text exists, they made the notion of interpretive power come to life and relevant.

In the last five minutes of another class, we landed on destruction and the story of the flood. A student raised questions about the purpose and historicity of the event. I responded by asking the class to consider a natural disaster with catastrophic effects and how human communities might experience and remember such trauma, the impulse to seek meaning, and the need to tell their story.

The first immediate example that came to mind was the tsunami that hit Indonesia two weekends ago that took at least 1700 lives with more than 5000 missing. When I mentioned it thinking about how survivors might tell the story of such devastation, I don’t know if I’m imagining it, but I’m pretty sure one of my students winced – like she was in pain.

I try to be mindful. I will try harder.

After the first session on Genesis, three students came to see me during office hours. They expressed that there might be no Muslim students in the class, but they wished they could learn how a Muslim familiar with the Quranic version of the stories might read Genesis – meaning they hinted that they wished I said something to that effect. I said I would think about it.

And it is something I do think about. On one hand, I have my learning and expertise in literature and culture. On the other, I am aware that I do not pass for white, male, Christian, Jewish, or secular – each associated with a particular embodied aesthetic and a particular kind of authority when speaking about scripture in an U.S. classroom.

One student also asked why the Qur’an was included in Contemporary Civilizations (“CC”) as a text related to intellectual and political history and not in Literature Humanities (“Lit Hum”) – as if, she observed, it’s not a text from which literary cultures emerge. She thought it was strange and didn’t make sense since we read selections from the Torah/Bible in Lit Hum – something which she enjoyed given she’s never read the text before. I said I don’t know the exact answer to her question (beyond the structural one) but considering where we are politically, it’s an excellent question and she’s right to ask it. I noted one of the ways Islamophobic discourse defines Islam is that it is an ideology and system of governance – not a religion or faith that sources different modes of cultural production including literature and the arts. It is an idea trafficked by both the political right and left in the United States. A twentieth and twenty first century hot take, this contemporary argument parallels the current racialization of Muslims. The latter idea is an old one – and can be found in early modern English and Spanish polemics that ties Islam to race and blood. The argument for a racialized Muslim (like Othello) both delegitimizes conversion and avoids addressing theological contentions. Although the argument for Islam as a political ideology and the racialization of Muslims are not the same argument — they certainly feed off of each other.

We also talked about how many orientalist readings of the Quran often saw a lack of logic in the non-linear arrangement of verses and primitivity in the primacy of orality in memorization and transmission that led to the judgment that the text had no unity of thematic, aesthetic, and/or literary form. Two of the students perked up. One said that’s exactly what racists say about indigenous art and culture.  The other then asked, “Also – why are there no Latin American works on the syllabus if it’s a western canon?”

For the second session on Genesis, I asked my students to select a story or passage and write down three discussion questions. I quickly realized we wouldn’t get through all of their selections so I limited the discussion to one question per selection. We ended up analyzing the repetitive invocation of lineages and the covenant, the survival of Noah, Sarah and Hagar, Leah and Rachel, and the story of Joseph. Both classes ended up discussing extensively the story of Abraham and Isaac’s sacrifice with a lot of interest in the absence of fear and trembling (so I pointed them to Kierkegaard). One class spent time reflecting on what possibly enabled the accusation of Potiphar’s wife to be believed (unlike so many women in our own courts of public opinion). The students decided it was her social and class status; Joseph was a poor foreigner after all.

For the students that asked for a “Muslim” reading, I briefly stated that the truncated Genesis narrative of Hagar’s lineage and the promise of a people from Ishmael gets elaborated and celebrated in Muslim discursive traditions that includes sacred history and ritual.

At the very end of that class, one of the students expressed frustration at what he understood to be an argument for individual exceptionalism among the masses based on a combination of honored lineage and personal piety. He saw that in the Genesis stories of Joseph, Lot, Noah.

His comment made me think of a story I heard often in the mosques I used to go to with my family so I shared it.

I began stating that the story is one often shared as a narrative related by Muhammad to his companions (Tabarani, Bayhaqi, and Daylami record the story on the authority of the companion Jabir who reports the story from the Prophet; Bayhaqi also states it is more likely the story is from Malik ibn Dinar and not the Prophet). The story goes like this – God commanded the angels to destroy a town. When they saw that there was a pious man who never disobeyed God and also lives among that community, the angels reported back to God and asked if they should still do it.

God told them to destroy him first.

Because – I editorialized – what’s the point of a single individual’s righteousness on a mountaintop who did nothing to stop violent corruption?

There was a beat. I saw a lot of wide eyes and dropped jaws. Class time ended – so I said – See you on Monday?