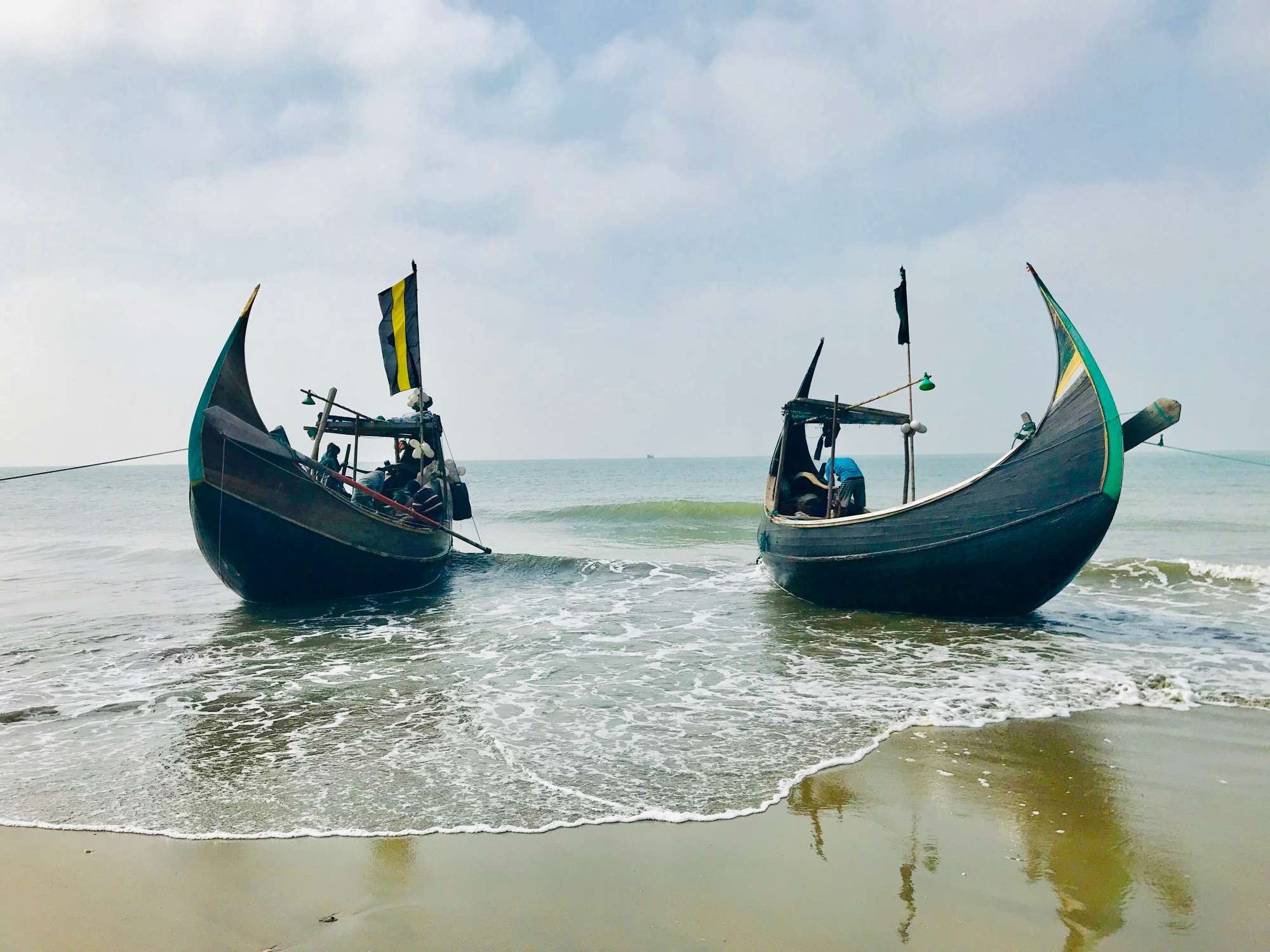 During winter break, at the end of December 2019 and the beginning of January 2020, I was immersed in Bangladeshi wedding season in a way I have never been before. Between the weddings among my South Floridian community and my brother-in-law’s second set of celebrations in Dhaka, I attended 17 wedding-related events over the span of three weeks.

During those weeks, with the help of my mom in Florida and parlor stylists in Dhaka, I wore a different sari every day tightly wrapped and meticulously pleated LIKE A BOSS.

It’s as if the world conspired to get the communities and families indelibly intertwined with my past memories to gather over and over in our best outfits and offered up a review of their status because social distancing and quarantine living was looming in our near future.

During that review, I received confirmation that there is no time lost between those who continue to love and cherish me and my family.

Like the gaggle of Uncles who suddenly rushed in from all directions of the ballroom because they noticed Rumi Uncle and Choto Faruq Uncle and Mustafa Uncle taking solo photos with the Ullah Gang, and they wanted in.

Or like the Aunty who insisted we sit in the seats reserved for her family for each of her son’s wedding events and who gifted me a sari to match all their nieces and cousins and sisters.

I also received confirmation that it’s a wonderful gift to be able to leave others behind in the memories of our past.

Like the man-uncle who used to come over to eat with us and ask my mom to find him a bride on a regular basis and who clearly knew who I was but instead of saying hello, asked me if I knew what the salad dressing was made of. I told him I did not.

Or like the woman-aunty who stared at me for a good minute before I reminded her, “Aunty. It’s me, Sahar,” to which she responded, “Yes. I know, it’s just—you used to be so beautiful.”

I was given a vision of a community in a way I may never see again. The series of wedding celebrations in Florida allowed me to detach, look forward to a new year, and prepare for my quick trip to Bangladesh.

But this time around, I dreaded going to Bangladesh.

My Siraj Khalu told me during my last visit that as long as he was in Dhaka, I never had to worry about my visits to Bangladesh; I had a second father in him; and he had my back.

But he died, suddenly, last September.

I dreaded going to Bangladesh because all my maternal uncles who were alive during my last visit in 2018 were gone.

Grief for someone from afar is easier to set aside in the recesses of your mind, but left unprocessed, that grief can tear your heart apart when you finally encounter their absence. I knew I would return to witness the physical absence of the dead in their homes and in the faces, hair, hands of my aunts.

The day after landing and celebrating my brother in-law’s mehendi, I went to visit my aunts. It took a while to leave my in-laws apartment, and then even longer to get through Dhaka traffic from Dhanmondi to Banani. By the time we arrived, the sun had set; and the neighborhood cemetery was closed. I prayed maghrib in my uncle’s bedroom. My aunts, cousins, and I hugged, talked, ate, laughed, shared photos, opened gifts. We also made a short trip to visit my eldest aunt.

And then, when I got in the backseat of the car to return to Dhanmondi, I sobbed.

On Friday morning, the day after the wedding reception, I woke up early and decided to visit my aunts in Banani again on my own. Dhaka is quiet on Fridays before jumu’ah prayers, and there is relatively little traffic. This time, I made a trip to the cemetery to visit my uncles and grandmother. My eldest aunt saw me and my cousins from her balcony and called us to come upstairs. We didn’t; instead, we told her to come join us. I spent the rest of the day with my aunts and cousins until sunset.

That evening, my in-laws planned to take us on a trip with the newlyweds and another young couple to Cox’s Bazar, the longest natural sea beach in the world, along the southeast coast of Bangladesh, now most often mentioned in the news with reference to the million Rohingya living in sprawling refugee camps outside the town center.

I acquiesced because who am I to stand in the way of celebrating?

Once we checked in to our hotel rooms, I decided I would get to know the hotel amenities well.

I laughed at the cliché of self-hate in multinational commercial spaces.

On the second morning, as everyone tried to figure out what they wanted to do after breakfast and returned to their rooms, I asked my father-in-law if he would accompany me on a walk along the beach. We continued walking until we were far from the hotel, and I stopped to watch a gorgeous kid flying a kite as his mother carried a basket of goods on her head. He waved at me, and I asked if he minded if I took his photo. He suggested “Let’s take a selfie.”

I’m so glad we did. I may never meet him again.

We walked further, and I noticed hotels and resorts developing all along the coast around the villages of fishermen I also encountered on my walk. I had heard Chittagonian families in Florida proudly speaking about the new developments, how they rival Florida’s resorts.

What I saw during my walk was a promise to wipe out an old way of deep sea fishing life by luxury apartment and resort developers either building over the villages—or turning them into tourist attractions in response to increased interests in “authentic experiences of a traditional beach village.”

In the late afternoon, the young couple with us made arrangements to take us hiking and then visit Inani Beach. We drove down Marine Drive and made our first stop in Himchori. In the footsteps of my morning friend, I suggested to the young women hiking with me, “Let’s take a selfie,” once arrived at the top of a hill. We then hiked back down to the marketplace below, ate dinner, and watched the sun set.

As we drove further along Marine Drive towards Inani Beach, I noticed UNHCR signs indicating we were nearing the Rohingya refugee camps. I couldn’t tell you the difference between a Chatgayya Bengali and Rohingya Bengali by just looking at someone, but I could tell you some Bangladeshis are scared to drive past the camps because they heard rumors of “hijackings.”

The fear of Rohingya refugees embedded in those rumors reminded me of Turkish and Lebanese mistrust of Syrian refugees or Pakistanis with Afghan refugees. It’s amazing what physical proximity can do to grand gestures and expressions of sympathy for someone’s pain from afar.

By the time we arrived at Inani Beach, night had fallen; the darkness was difficult to see through; the only indication that there was ocean beyond the darkness was the sound of waves crashing on the beach and the smell of the strong, wintery wind coming off the ocean. The only lights in the sky were from street lamps and a 5-star beach resort that was mostly empty because winter is not the high season for tourists and very few people in the vicinity—not Cox’s Bazar locals nor the refugees—could afford staying there. The guards informed us that there was a musalla for the men and bathrooms open to the public should we need to use them.

On the way back, sitting in the back of the jeep we came with, I could see the stars. I pulled out the bag of airheads my mom handed to me before we left Florida and offered everyone some to munch on.

I was given a vision of a place in a way I may never see again.